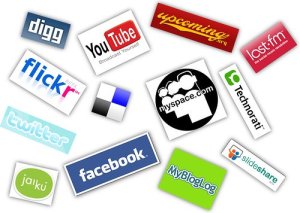 Social computing has exploded and is changing the world we knew in a number of ways that impact on education. But social computing is not so much changing the world as it is changing student’s expectations of what kind of technology they should use in their everyday life and how they should interact with other people using that technology. This is a revolution akin to the telegraph and radio in its capacity to change the world we live in. For our learners technology is just part of the furniture for them, they are truly digital natives who have different beliefs and expectations.

A great example of this was at a friend’s place recently and her 3 year old brought over the TV remote and said it was broken. We finally worked out that she thought it was broken because she was unable to interact with the TV in the same way is with the PC.

This change gives rise to a number of interesting questions about learning and by implication about teaching.

Mark Pesce said recently that we are now connected, not by 6 degrees of separation, but by as little as one. Hyperconnectivity is being experienced by participants in the social media and social networked worlds.

Realtime, all the time, people are connected with their social networks and via mobile devices (not just phones anymore). This is not just a western phenomenon, as Mark has mentioned, even fishermen in remote villages are using mobile phones to help them to run their businesses better.

Thus there is a generation gap, but it is not based on age any more. Instead it is based on our relationship with technology. This gap is in relation to technology use and expectations. We have on the one side people like some of my friends who have only recently become comfortable with using email, and who only the use their mobile phones to make phone calls and who can’t imagine why you’d do anything else with a mobile phone. These people watch TV when the shows are broadcast and would probably be surprised and/or uninterested to hear of a different way. On the other side we have people I tend to call the digital folk – they use a plethora of digital devices, PCs, iPods, mobile devices, etc. They use these devices to do their work and to manage their social lives. One group is still living in the traditional world and the other inhabits a highly connected digitally connected world.

The interesting thing about all this social media is that users are starting to mix and match – consume it on their own terms. The digital folk, and this includes many of our young people, are mixing and matching platforms and devices to form a web of connections. They are interconnecting their activities on different media and platforms, for example, Facebook takes Twitter feeds which feed into SMS and are sent to mobile devices. And now with data capable phones like Nokia’s N95 or E71; Apple’s iPhone (a.k.a. the Jeebus phone); or the HTC Touch series of phones – data connectivity is mobile.

Think about this, some of our digital folk don’t remember when you could not buy stuff online; they think it is normal to order groceries online; and can’t imagine queuing all night to purchase tickets to a gig. They get it online and when they want.

One common thread in all of this that digital activity – social networking, shopping, consuming media – is no longer necessarily happening while stationary at home in front of the PC. A lot of this consumption is on the move using mobile devices.

More on this later …