Went with some friends to see the film Frost/Nixon last weekend. Frank Langella gave a masterful performance as Nixon, and the supporting cast was superb. 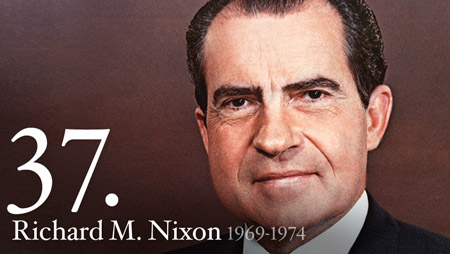 It really made me think about how leadership and organizations are so tightly coupled. In the film, as in the actual interviews, Nixon makes the point that his predecessor is the one who installed the recording equipment into the Whitehouse. However, it was under Nixon that the mere recording of audio information segued into various criminal activities and attempted cover-ups.

How does an organization with great aspirations and traditions like the Whitehouse become to catalyst for criminal behaviour as in this case? From my perspective it comes down to an intersection of leadership, character, desire and culture.

Many books have dissected the matter, and have dissected Nixon’s character and history in great detail. But this issue of culture is an interesting one. There is a memorable interchange in the film that encapsulates the Whitehouse culture under Nixon:

With changes of leadership some changes are subtle and others are obvious. I suspect that this attitudinal change was quite subtle and that it took some time to take root. But it was a critical change for that organization. Suddenly under this new leader a variety of behaviours and ways of thinking were open that had previously been closed.

During the film I found myself wondering how much outside information was allowed to penetrate into the leadership circle around Nixon. Based on the interviews and the results of history it seems like he was getting very little critical input or alternative information sources. It makes me wonder what might have happened without all the groupthink around Nixon.