A friend invited me along to his citizenship ceremony the other 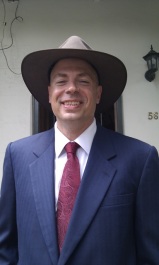 day. He’s terribly excited about becoming an Aussie after living here for a number of years.

We went to the newly refurbished Sydney Town Hall and the Lord Mayor, wearing her Lord Mayoral bling, gave a lovely speech. Several hundred people from all over the world gathered to receive and to celebrate receiving Australian citizenship. They took the oath or affirmation and were given their citizenship certificates and we all sang the national anthem. Afterward we were treated to afternoon tea with Anzac biscuits, lamingtons and Pavolva; and the Australian Electoral Commission was there to sign them up as registered voters. 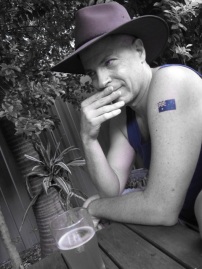 It was a touching ceremony and then, it being a hot Sydney summer day, we decamped to a pub for a proper celebration with cold beer and other icy beverages. Many of Mark‘s friends attended, bringing with them essential gifts such as Vegemite, and shouts of Australian beers in celebration.

This all got me thinking about my own experience, and that of any Australian citizens who are born here. Our citizenship dribbles past us, uncelebrated, unthought, unremarked. As we sat out in the beer garden at the pub discussing the various citizenships held by people around the table it dawned on me that I’d never really noticed I was an Australian citizen.

Sure I tick the box on official forms but had never really actively noticed that I’m an Australian citizen. There was no ceremony or ritual that marked my acquisition of Australian citizenship because it happened at birth.

The Parliament recognises that persons conferred Australian citizenship enjoy these rights and undertake to accept these obligations:
(a) by pledging loyalty to Australia and its people; and
(b) by sharing their democratic beliefs; and
(c) by respecting their rights and liberties; and
(d) by upholding and obeying the laws of Australia.”
Source: Australian Citizenship Act 2007

But what I also discovered is that the various Commonwealth governments have never really articulated a clear statement of obligations and rights in relation to Australian citizenship. In this regard it is quite enlightening to read Citizenship in Australia: A Guide to Commonwealth Government Records.

In particular Chapter 4 outlines historical records on civic rights and obligations, movement and passports, and international instruments on human rights which have affected citizenship in Australia.

I never learned any of this in school. There was never a moment where we enacted any ceremony or ritual that brought citizenship to our consciousness. It makes me wonder if this might be a good kind of ritual to invent for our civil society?

Perhaps a ceremony similar to that which I attended with Mark and all the other new Australians the other day would be a fitting ceremony for eighteen-year-olds who are just coming into their right to exercise political power?

Sometimes I feel like being a revolutionary cat. View all posts by Kate Carruthers