Another ANZAC Day and another day to remember the sacrifices made by Australian and New Zealand forces. Those who serve in battle never get off lightly, even if they manage to survive seemingly unscathed.

This year I remember some family members – Claude and Tim from Crows Nest, and Henry Demas – who fought in the Second World War. These men were ordinary working class blokes, not famous, not important. Based on stories and their military records they were larrikins with some disrespect for hierarchy and authority.

Local boys from Crows Nest in Sydney, Claude and Tim fought in North Africa and the Pacific. They sailed to the Middle East and were at Tobruk for part of the siege. After being withdrawn from Tobruk and following a training period in Palestine they took part in the two epic battles at El Alamein (first battle of El Alamein and second battle of El Alamein) before returning to Australia in time for offensives against the Japanese in the New Guinea campaign. Their fourth and final campaign took place in British North Borneo.

Claude and Tim returned at the end of the war. But they did not return the same as they had left. Not physically damaged, yet they were each damaged in some ways.

Claude returned as an extremely angry man. He became an alcoholic, abandoned his young family, lived an itinerant existence and died alone in a veteran’s hospital on a Christmas Day in the 1960s. Ironically, after so many years of wandering away from his family, the hospital in which he died was only a few minutes away from his family who were celebrating Christmas. A sad end to the life of a man who, by all accounts, was intelligent and easy going in his youth.

Tim – a polite, kind and unassuming man – married, worked in a factory and lived a quietly medicated existence until his death in the 1980s. He never could sleep very well after the war and only rested with the help of medication and beer. Always a natty dresser, Tim never left the house without wearing a ‘proper’ hat; and he maintained meticulous personal hygiene throughout his life.

Washing and carefully drying his feet was an extremely important ritual for Tim several times a day. As a young child I did not understand any of this. I never understood why he was so obsessed with keeping his feet clean and dry. But I bet if we’d fought in tropical New Guinea and Borneo during that fierce fighting in impossible jungle terrain we’d want clean and dry feet for the rest of our life too.

I can truly understand why the generation of men who went off to fight in World War 2 wanted to come home and live quietly ordered lives. I can see the attraction of a world where supper was on the table at 6pm and everyone was safely behind their white picket fences.

Henry Demas was much more unlucky than Tim and Claude. He was part of the 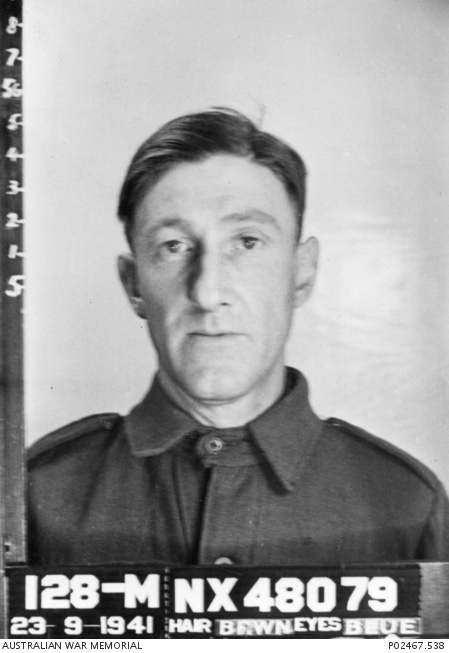 Australian 2/18th Battalion and was taken prisoner by the Japanese at the fall of Singapore in February 1942. This is such a sad story. He survived Sandakan – one of the most horrific parts of the war in the Pacific – until the war was almost over. Henry survived several of the Sandakan Death Marches only to die very close to ANZAC Day in 1945 – 28 April 1945. That simple fact made me cry. The Japanese surrender was only a few months away in September 1945. To be so close to the end and not survive seems terribly poignant.

But then only six men survived the horror of Sandakan, which some refer to as “Australia’s holocaust“. The exact numbers of the dead at Sandakan, as recorded by the Australian War Memorial: 2428 “known” dead: 1787 Australians and 641 British.

“They shall grow not old, as we that are left grow old:
Age shall not weary them, nor the years condemn
At the going down of the sun and in the morning
We will remember them.”
Source: The Ode

3 thoughts on “ANZAC Day: remembering some ordinary diggers, not famous, not important #ANZAC”